DISCLAIMER : All characters and situation is Fictitious and if there’s any resemblance to anything, then mostly because you are an Entrepreneur too. It is little long and Boring post and you may see value only if you have been into similar situation before. Please do comment, provide feedback and suggestion. Your comment may change someone’s life 🙂 Happy Reading.

“WoW!!! This is amazing”, was an immediate reaction of an Entrepreneur after signing the equity document. He was given an equity of 12% in the company where he recently joined as co-founder. He was about to hand the signed documents to the Lawyer and he holds back. Suddenly, you could see Adrenaline factor reducing fast and can clearly state after looking at his face that he is worried about something.

“Is there a problem?” inquired the straight-faced lawyer.

Entrepreneur said, “Have I made a right choice? I have been offered an 12% equity in the company. I am fourth co-founder and I am the one who is going to build the Platform which will be driving the business. The startup will be in position to offer services only based on the software that I will be developing. Should I have asked for more equity?”

Lawyer was an expert in dealing with Startup and he knew what was exactly going in his mind. Sparkling, energetic face has lost a smile in a thought which was genuine. “There’s no hurry, you can think about it. Call me up and I will come down and collect the papers. There’s a CCD nearby. Should we talk over Americano”

With an affirmative tone, lawyer says, “What should be the ideal distribution of equity between co-founders?”

“When you start a business; the equity should be equally shared between founding team. Since, we were 4 co-founders, we should have had 25% of equity each.”, was a response from an Entrepreneur. He interrupts Lawyer requesting him firm-wait sign and continues, “I know things were little complicated in my case. It was not my Idea, I am partnering them in the venture late when Idea is already validated and all the co-founders including me believe that we could be successful in this venture. When I met the team for the first time, they had a very clear expectation with me – they wanted me to be the techie and look into the platform development. The other three co-founders were already 40/40/20.” Seeing his client confused; lawyer was just following the argument that Entrepreneur has. He has started to get the clear reason on why Entrepreneur was confused man.

“Okie. Why was distribution uneven between three co-founders? Did you reason that out in your initial discussions?” asks Lawyer. This lawyer drinks his black coffee without sugar, but it was very unusual for him to add a sugar. He is stirring his coffee after pouring in sugar. May be he was expecting their conversation to go bitter. Entrepreneur knowing lawyer from sometime observed lawyers action; and he was expecting this question.

Entrepreneur continued with his argument, “I did. The reason for uneven distribution was backed by certain logic. This Startup was founded a year back and it was self-funded. The guy who brought the idea is also a CEO of a company. He put together the first version of product and launched it sometime during last Christmas. Early adopters really liked the product and he got pretty decent feedback. He hired few interns to help him out with the support and deployment, but given that he had a focus to take it beyond – he was scouting for a partner who could help him with Sales and also bring-in some funds to fuel the release of next version. And, second co-founder joined the startup. He shared 50% equity with him as he was sharing responsibilities, expenses and also an investment.” 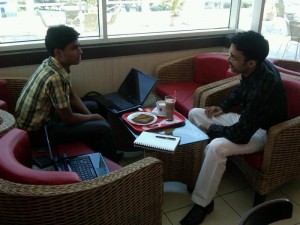 “Then, when did the Third co-founder joined and what’s his role into the company?”, rather visible impatient lawyers asks. Entrepreneur takes a small bite of his sandwich and speaks, “The early adopters’ feedback was incorporated into phases and member of core team were focused towards first few sale of Product in the target market. They could make first few sales and take the next leap. The new acquired customers were demanding and required focused effort towards building and managing strategic association with acquired clients. Founding team sensed the need for a person who could work with acquired customers, build upon on each of these customers which required a dedicated effort to manage relationship, deliver engagements with quality and time. Incorporating feedback was another important aspect. This is when third co-founder joined. When she joined Two-months earlier, she came on-board to work as Head of Client Engagement and manage Pre-Sales. She works very closely with customers and manages on-going relationship with client.”

Lawyer continued, “I am sure she had a very important role to play. This certainly must have been a growth strategy where building a rock star team; who could manage all future client engagements and work with prospective clients to deploy products. I think you are right when you say that with Growth come Challenge, and sustaining this growth requires special skills and definitely more Sales with faster maturing leads. Technical qualification and assessment of such leads early in cycle helps in improving the likelihood of successful sales.  How much did you say she was given as equity?” Friend-turned-Entrepreneur was little surprised hearing Strategy wisdom from his Lawyer friend. Probably, he wasn’t expecting that. Entrepreneur continued, “She has been offered 20% equity which gets fully vested to her in 3-years time frame with 7% equity as soon as she completes her first year with the company. The salary which she draws is also not even closer to what she was drawing in her earlier job”, says Entrepreneur.

Looks like it was an additional dose of caffeine which has started sending all possible spark to Lawyer. Somewhere, down his neurons were doing some serious exercise and he was trying to organize his thoughts. This was a moment where his friend needed his help in assessment of Right Equity Index. Lawyer switches-on his notebook and opens an Excel to build a small table to assess the situation to help his friend conclude whether he has made a right decision or not?

He asks his friend on the other side to order another coffee for him, meanwhile, he starts entering the details which his friend has been talking about.

(You can read more clear excel here(click here)….. this should open a page in new window (Excel file))

Looking satisfied with what he has compiled, he turned to his friend-turned-Entrepreneur who had finished his coffee and was busy with his new gadget and says, “I have just categorized information as you shared. What I am going to say next needs to be thought along with the information as mentioned above.” Entrepreneur was clearly impressed by speed with which his Lawyer friend had compiled this information and looked little less worried now. Trying to read his face, lawyer continued, “In your situation though, I would want you to consider two perspectives to help you conclude on your question. As always, I would be happy to be criticized.”

“While solving some Quant in my high school, I once discovered that Less of more is More than more of Less. Let me explain”, he paused momentarily and continued, “#1 What stage you hooked up and #2 What’s your exit strategy can help you decide your worth”.

“What stage – Are you trying to map my situation with the lifecycle of startup?”, responds Entrepreneur. “I joined when startup was profitable, their growth strategy seems to be identified and looks like the business model is matured enough to predict costs and build more revenue streams. Now, engine of growth, partner channel development, speed of incorporating feedback and many more activities need to be validated further. Yes, resources are limited. I could clearly say that I am at a stage where Engineering can help this startup grow further” Lawyer was expecting this to come from an Entrepreneur. 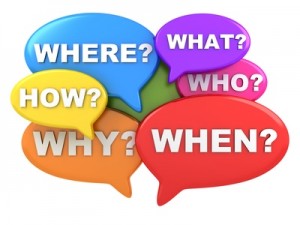 Lawyer interrupts his friend and speak, “When this business started-up it was mere an idea-on-paper. Idea doesn’t have any Value unless a step towards execution is taken. When someone starts with an Idea towards execution, there’s an enormous risk which he is covering. As an startup, you are constantly looking at Team with #1:Technical Expertise #2: Sales/Marketing Expertise and #3:Bring Funds when needed – for sustenance and growth.”

He continued, “All three that I mentioned is critically acclaimed Pillars which requires a Startup to be successful. When you startup, this is completely a comfort factor/negotiation/team and trust that determines who gets what, how and when. Team also decides the Future roles and responsibility and any other terms set here. For example, if someone who is a technical whiz but also capable of being a CEO and therefore handling additional responsibility may have higher stake as compared to another.” 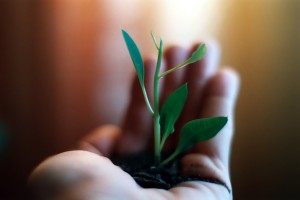 “Now, if you consider the importance of Exit Strategy – Any amount of Equity is just a paper, unless-it’s traded with investors. Why would you think investor would be willing to invest or buy equity? They would only if they see #1: Idea to be feasible and potential to grow with decent ROI, #2: Team behind the Idea and #3: Maturity of Co-founders to handle crisis and many more important traits that would be required make your business a success story.” Lawyer pauses.

Since coffee was on Lawyer, he clears the check and says, “My best wishes to you, and just continue moving forward with the same passion. I am sure, you’ll as a team would overcome uncertainties together. You are about to create some *really* wonderful experiences for your life which you would definitely cherish in all the time to come. Get yourself geared up for burning countless midnight candles. I hope, I was able to put through you various decision points which may help you decide whether 12% equity is a bad deal or not? And remember my friend, Do not rush, take your time and be comfortable with your situation – I am just a call away or leave a note.”