I will Startup; when Time is Right

I did this simple exercise today and tried counting how much do I say this word “Startup” in my dialogues and vocabulary usage concisely and unconsciously; methodology used was simple – I actually bought the counter device to click every time I remember saying that word. Results weren’t that bad – In 5 distinct discussions with varied audience I did mention this word around 43 times. (Yes, I talk-a-lot ;))

There’s very small story behind this experiment done today. Almost all of us want to do something of our own. Only very few of us actually could start something. Of the set of people who actually started up something and whom I have spoken to, 65% people who started-up – said that they really wanted to do something different and they were confident about themselves in being successful with their ideas. I would say their self-belief factor magnitude rating was better. The rest population was mixed one, either they were 2nd or 3rd generation entrepreneurs or they were starting up by accident. (Yes, they were thrown out of their Job and they did not have anything meaningful to do.) What was that X-Factor which made this non-paralytic people who “actually” started up? They were the ones who were focused, focused to a level where they were trying to connect anything and everything happening around them with their idea – pretty weird, but reality.

Does thinking, talking, discussing and any adjective which could be prefixed with “ing” sum to your self-belief so much that you actually start? The small test hinted that there’s something which I am passionate about and I have learned to follow my passion, as I was talking about in all possible scenarios. This small exercise confirmed that when you are really passionate about something, you go beyond numbers and coefficient-of-influence about other’s view. 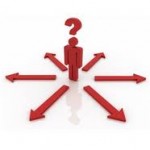 Thank You for reading thru the BS until here. If you are contemplating with thought that, is it the right time to start – then, I would say yes; Time is always right. Just follow your instinct and believe in yourself. If you think that “If A happens, then you would be at B and then probably you should do C which should ultimately take you to Starting Up”, the chances are you would be killing your idea and thought process (you would soon reach “Z” with no results) – Just Start-up in such cases by sharing your ideas with your confidant. If you are of those kinds who continuously contemplate that – “I really could start-up tomorrow but “…””, there would never be an end to these but – it’s important to think thru these buts, without being deep-drown into Failures. Failure is a part of Entrepreneurial Journey but that doesn’t mean that we all start-up to Fail. While you are starting up, we learn to manage all expected and unexpected failures by learning to manage uncertainties better.

So, what’s important when you are starting up? Starting up is little more than Philosophy or Beliefs; as it is a science of approach towards evolving into right methodology. If you have been attacked by an Idea and you have already started dreaming about it, there’s a cent percent possibility that idea has a commercial potential and it could mean a business. So, Start-up, with one small step by 1) just believing in yourself, 2) validating your idea and 3) planning your activities well.

—- What was I thinking, doing and contemplating while I started up and when I joined a Start Up? Working on the blog post which talks about my experiences while I started with Acuvate, 366pi and joined Zevenseas.