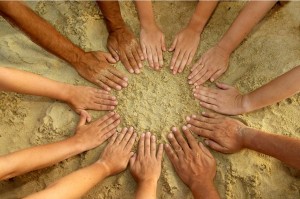 The other day someone asked me, have i read Bhagavad Gita (Read-Here)? I chortled and, without an intention to demean the Gita,  said i believe in taking learning from Mahabharata (Read-Here). Though i wasn’t serious about my answer but there are serious learning in Mahabharata which could be of immense help to any individual or business organizations, if understood in right spirit and not just reading on the surface. The two parties to the war were Kauravas (Read-Here) and the Pandavas (Read-Here). I said two parties and not protagonist and villains because an individuals perception and choice of the same may vary to a large extent, given the fact that losing party had mega stars of that era. Actually, it’s equally challenging to decide if the losing party actually lost the war 😉 But then, i guess i should discuss all those schools of thought and various learning in my subsequent blogs. Coming to the topic, one of the key learnings is about “Empowerment” or “Employee Empowerment”.

The Kauravas with military strength four times of Pandavas and better warriors lost the war in the end. How? No, neither the invincible Rambo was in their army, nor the war was fixed by any bookie 🙂 One of the reason, though there are many, is “Empowerment”. While the Kauravas were busy with looting and subduing different kingdoms for generating wealth, the Pandavas were busy getting themselves empowered with right weapons, knowledge, skills, alliances and strategy to enhance their strength. A skill which many modern day business organization lacks to a large extent.

The word empowerment is often confused with material things, like smartphones, laptops etc, and not understood in terms of benefits that an intangible stuffs like transference of skills and prowess from top of the pyramid to the bottom could bring. Secondly, empowerment could also happen across a team, than just an individual, in terms of maintaining a healthy mix of male-female ratio. The benefit is that the aggressive and dominant trait of the former gets balanced by the harmony and sustenance trait of the latter. One of the key reason behind this cloud of doubt is going by the dictionary definition of empowerment i.e. giving authority & power to others. The word power here needs to be understood in right perspectives rather than just in form of hierarchy. Power could also be provided in terms of imbibing participative management funda. The idea of accountability should be imbibed within an organization rather than just believing in an age old adage of spoon feeding i.e. leaders as caretakers.

The purpose of empowerment should be to armor your employees in this ever changing competitive market for optimum, effective, efficient, and innovative service. Yes, it’s not as easy as it sounds on paper but a culture of adaptability needs to be developed within an organization. Empowerment should be seen not as a “Tug of war” wherein an authority gets shifted, but more as a game of soccer wherein you need not necessarily be a striker to make your presence count. Even a goalkeeper or back up guy is as important as someone taking the strike.

There are various myths surrounding the empowerment which i would be eventually discussing in some other blog. The time has come wherein an organization needs to remove the blinker and act in a right direction towards building a sustainable business organization. This is more important for a start up, small, medium or emerging business as their limited employees are critical to the business success. Providing your employees with better collaborative and communication devices is as much important as providing training, setting goals and letting them become accountable. This isn’t shift of power but sharing the burden.

Empowerment” is focusing and discussing about getting educated rather than just becoming literate. The choice is yours. The empowerment lies as much in Nike’s “Just do It” as it lies in Honda’s “The power of dreams” or 366pi’s “Business l Management l And Beyond…

It’s time you wake up and act than just sit back and relax. Else, wait for Pandavas and your round of Mahabharat 😉 Thank You. 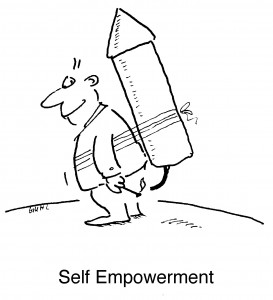