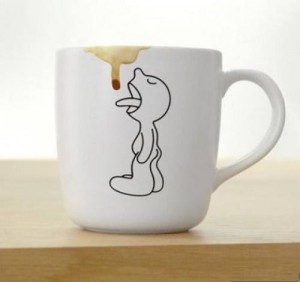 This might sound selcouth to you, the dear reader, but this is the first time i don’t have any logical, actual, mythological, fictional or actual story or experience to start with. Quite unusual for me, huh!! May be i should take a sabbatical and reach for my cup of Friday coffee, never know it could let my scarcity of story become sesquihoral.

All right, had my share of caffeine and the beauty of the same could only be understood by the cup holder. It makes your mind omnipresent and that’s exactly i got the connecting story for this blog post, the ongoing Indian Premiere League (Read-Here). One look at the ongoing series and you’ll realise that the team with star players isn’t doing as good as the teams actually doing great. This is more like asking a question, what would you trust- a prima-facie overview or the actual performance? That’s the exact difference between Revenue & Profit, one provides you on the surface glimpse and the other actually take you down to the roots.

Every business organization wants to see its performance going north and right, direction usually taken by revenue. However, that’s only half the picture. “All change is not growth, as all movement is not forward ~ Ellen Glasgow”. Likewise, growing revenues may not necessarily mean growing profits. It requires a vision to understand the cost of doing business and focus on preserving profit while focusing on revenue. This sudden change in focus from profits to revenues has much to do with the new age internet based business models, always revenue driven focus.

But, like every coin has two sides, the revenue reflects only a section of the movie  with other half ending at the profit point. And who don’t want a good ending of a movie 🙂 Hit or Flop!!!!

I was reading an article titled “The Economics of Giving it Away” (Read-Here) by Chris Anderson and thought to share a small chunk out the same. It says:

Meanwhile YouTube is still struggling to match its popularity with revenues and Facebook is selling commodity ads for pennies after its effort to charge for intrusive advertising led to a user backlash. And news-sharing site Digg, for all its millions of users, still doesn’t make a dime. A year ago, that hardly mattered: The business model was “build to a lucrative exit, preferably in cash.” But now the exit doors are closed and cash flow is king. At the other end of the business spectrum there’s Microsoft, which now has to compete with the free word processors and spreadsheets of online competitors such as Google. Rather than complain about the unfair competition (which would be ironic), Microsoft created Web versions of its business software and offered them free to small and young companies. If your firm is less than three years old and under $1 million in revenues, you can use Microsoft’s software without charge under its BizSpark program. What about the oldest trick in the book: actually charging people for your goods and services? This is where the real innovation will flourish in a down economy. It’s now time for entrepreneurs to innovate, not just with new products, but new business models.

The point, based on the internet business model, to be understood is that the cost plays important part in this whole process.  Just take any internet company, like Pinterest, Facebook, Digg or even the giant Google, and you’ll find that their valuation (Going by the rule of 10 times the future profits discounted to NPV) is hugely dependent upon the cost factor and that’s why they operate with small employee strength, reach out to larger audience through internet and earning dimes.

But then, whatever the case may be, you can’t ignore the profit part of the business. There can’t be any better example than Groupon to understand this aspect of the business and its importance. More traffic doesn’t necessarily means more profit and it requires a brand to get repeat customers. Profitability provides the freedom wings to your business and makes it sustainable, unless and until you have access to large pool of investors or VCs and you’re happy doing your business that way.

And then, there’s a difference between Profit and growth. The tradeoff lies in driving the profit up by not investing today’s dollar in tomorrows growth, as mentioned by Mark Suster (Read-Here). Mark has very beautifully suggested why hiring more people isn’t always the right choice. An executive summary from his blog is:

Most companies (98+%) in the world (even tech startups) should be very profit focused.

Being profitable allows you degrees of freedom you don’t have when you rely upon other people’s money.

The characteristics of somebody who should NOT focus on profitability include those who:

The choice is yours as the business is.  Make a decision between Revenue, Profit, Cost and Growth and people like us are always there to help you out, if you sense a need. Thank You. And yes, Coffee does work 😉