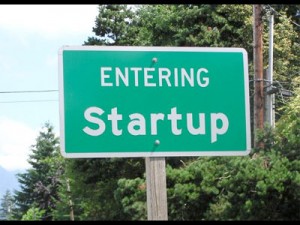 It’s never easy, as a child, to take your first step. You fall, cry, seek help and stand once again to take your first step, only to overcome your fear of walking and taste the taste of success. No one starts running on taking the very first step; failure is inevitable as much as success is sure to come. But, the number of times you fail could easily be avoided by taking calculated risk and moving inch-by-inch. You’ll never fall hard enough to be not able to get up and try once again.

The same applies to start-ups and entrepreneurs as well. The global economy, as I feel, is undergoing a “Ripple-Effect” phase wherein someone has dropped the elixir of entrepreneurship which everyone else is following. But then, not everyone is able to reach that core and taste the taste of success, willy-nilly many of us end up in the “Death Valley”. The “Death Valley” refers to the first three or so years of operation when a start-up is most prone to fail. The “Death Valley” isn’t unavoidable and it doesn’t require Rocket science as well, just a bit of common sense will do.

The common sense lies in avoiding making unnecessary assumptions, understanding before treading, getting the basics right and be focused on usual mistakes. Let me share a story about the sweet old couple to state my points in a simplistic manner.

A little old couple walked into a fast food restaurant. The little old man walked up to the counter, ordered the food, paid, and took the tray back to the table where the little old lady sat. On the tray was a hamburger, a small bag of fries and a drink. Carefully the old man cut the hamburger in two, and divided the fries into two neat piles. He sipped the drink and passed it to the little old lady, who took a sip and passed it back. A young man on a nearby table had watched the old couple and felt sorry for them. He offered to buy them another meal, but the old man politely declined, saying that they were used to sharing everything. The old man began to eat his food, but his wife sat still, not eating. The young continued to watch the couple. He still felt he should be offering to help. As the little old man finished eating, the old lady had still not started on her food. “Ma’am, why aren’t you eating?” asked the young man sympathetically.

The old lady looked up and said politely, “I’m waiting for the teeth..”

You got the point, my dear reader. Don’t just assume something because you thought it so, understand your surrounding and get your basics right.

There could be various reasons behind a start-up failure, be it Finance, Marketing, Operations, Sales, Management, Product/Service offering, to name a few. As far as this post is concerned, let’s focus on Finance and we’ll discuss other points in our subsequent blogs.

: Asking for a drop of water when you actually need a Glass full:

Every start-up, especially product based, requires funding at some point of time. I personally have helped more than half-a-century businesses raise an investment. But one moot question most of the start-up fails to answer is “How much fund do I need?”

The reason you don’t know your fund requirement is because you haven’t set an interim milestone and the road map to get there. At 366pi we often suggest our clients that it is like flying an aircraft. Just because you wanted a successful flight doesn’t means you shouldn’t be aware of the distance or the time you want be flying or be airborne. Just imagine what would happen if your actual requirement is a tank full of “Aviation Turbine Fuel” and just because it was easier you decided to fly with half-a-tank full? You know the answer. So, if are planning to raise an investment, make sure it should be enough to take you to the next milestone. This way you can also have a control mechanism over your business spending and you would be in a position to track your actual versus planned progress. Be adaptable, be flexible; it does help start-ups. And yes, start-up expenses are the one which you incur before your business is actually running.

: Asking for a Glass full of water when you actually need just a drop:

You know what happens when you get airborne with too little fuel, you fall in a “No Man’s Land” and may be “Behind Enemy Lines”. But then, that doesn’t means that getting full tank is always advisable. Just watch any of the Formula 1 race and you’ll realize that they doesn’t always full-tank the cars. Carrying less, and as much required, definitely provides you speed. An investor or a VC isn’t there to fund you for your salary but for a holistic organizational growth. With big capital infusion comes bigger responsibilities and biggest challenge of being cash-flow positive. With such a mammoth capital riding on you back you would be pressed hard to scale-up and don’t just be a team of founders and co-founders. That’s exactly the time when people feel the need of having a village to raise the brat child. And once you build that village you’ll end up in a one way route. It’s so difficult to change direction.

Buying a Rolls Royce takes time, but it’s not the case if you decide to buy any hatchback. So, by the time you’ll end up being in a position to actually buy a Rolls-Royce, which could be till mortality, your peers will end up enjoying their rides on myriad hatchbacks and could eventually end up in a salon. The point is that it takes time to raise huge capital, especially at a start-up level, and time is something you can’t afford to lose at such an early stage of your business. That’s why the F1 drivers have pit stop timed enough to put in adequate fuel. Just ask a driver to be in pit for longer duration and you’ll realize what I want to convey. You lose.

The suggestion we give our clients is to be practical and realistic when dealing with numbers. Don’t go by “Lucky Number Slevin” syndrome, you’ll end up as a mistaken identity. Do I need to speak why Apple’s board end up firing Steve Jobs. You know the answer.

: You needed a Glass full of water, you got one, but you can’t resist the temptation of drinking it all:

You can always curse me for speaking about raising too little and then talking about spending too much. They sound so similar and are yet different. Just because you have a tank full of fuel doesn’t means you have a luxury of crossing the border. Eventually you will exhaust your fuel mid-way and end up nowhere. The golden rule is to avoid the temptation of doing something if your business can survive without it for some time. I often find entrepreneurs and start-up guys talking about hiring too many sales people and other resources. Just sit down and see if your business actually requires such things, as everything comes at a cost. The more parts your vehicle has the more it costs to get it serviced.  Don’t look out for employees but co-founders or partners who are ready to work on an equity model. This will make them more accountable and dedicated to the overall business success. And yes, if you raised million dollars of capital and went out of cash, rest assured that you spent too much.

I have often found many start-up businesses projecting profitability than forecasting the cash flow, or cash requirement for the purpose. Just being profitable is no guarantee to being successful. Just because you have Ferrari with tank full of fuel doesn’t makes you win the match. You need know when to make a pit stop and at what speed you’re supposed to drive through various section of the track. A business, often, fails for the lack of cash flow than for want of profit. Here, I would like to quote a paragraph I read some times back on About.com:

Easy cash sedates reality and leads to sloppy decisions. When a business or person (witness half of Hollywood in the early, ephemeral period of their careers when money and roles are easy to land) finds themselves in the position of having cash poured on top of them from what seems like a never-ending spigot, they tend to do incredibly stupid things, chief among which is increasing the level of fixed expenses they must pay just to maintain their position. That’s why you hear of so many formerly great businesses that are now struggling and musicians on “Behind the Music” who declare bankruptcy, sometimes at the height of their popularity. All of this could be avoided if people understood one simple concept: Cash is not profit.

It isn’t necessary that sales, cost, and profit would coincide with their cash inflow and outflow. The payment may always get delayed due to the given credit limit, even though sales is made. While having a profitable business is good, but then having cash flow positive business is better.  It’s like a choice between getting content with just participating in a race and actually winning the race.

Researchers found that certain factors – such age and gender of founders, location, and previous entrepreneurial experience – have little bearing on a startup’s likelihood of failure. The most consistent predictor of failure, rather, was a startup’s propensity to engage in premature scaling.

What is premature scaling? It is defined as “focusing on one dimension of the business and advancing it out of sync with the rest of the operation.”

For example, a start-up may overspend too early on customer acquisition, hire too many employees, or focus too much on engineering at the expense of customer development. It can also raise too much money too early, a problem that one of the researchers’ interviewees, venture investor Michael A. Jackson of Mangrove Capital Partners frames in automotive terms: “Getting venture money can be like putting a rocket engine on the back of a car,” he said. “Scaling comes down to making sure the machine is ready to handle the speed before hitting the accelerator.”

At 366pi we believe that an amateur management or team could be as fatal as a premature form of business organization. Stay focused; don’t hesitate to reach out to Mentors to take you out of the Death Valley; Be Mature. And if you feel your business requires infusion of capital, or you need to develop a business plan, or plan your business then feel free to reach us, the 366pi Consulting, for your business requirement. We appreciate sharing accountability, sharing risk, and would be more than happy to take you out of the Valley-of-death.

It isn’t a Business that fails, but people behind the business. And there’s nothing like good or bad idea, just inadequate idea, insufficient planning and improper execution. Thank You.