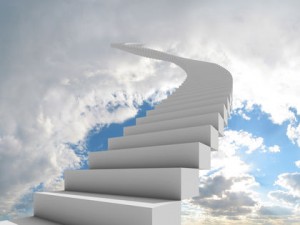 Every dog has his day but the one pariah dog we witnessed was having his evening. It was running behind any car that comes near him, may be trying to overtake it. I asked my friend what it actually is trying to achieve, only to hear a nice story with equally nice moral. Here it goes.

A farmer had a dog that used to sit by the roadside waiting for vehicles to come around. As soon as one came he would run down the road, barking and trying to overtake it. One day a neighbor asked the farmer “Do you think your dog is ever going to catch a car?” The farmer replied, “That is not what bothers me. What bothers me is what he would do if he ever caught one.”

: Moral of the Story: Many people in life behave like that dog who is pursuing meaningless goals. First set meaningful and realistic goal and then work to achieve GOAL.

This reminded me of a SMART approach to goal setting that most of us know- but most of us have never been taught the how part of setting a realistic goal. Forget the short term milestones, most of us don’t even know that there exists a synergy between our skills, capability and the ultimate goal that we desire to achieve. Often, people, philodox should be a right word, get so emotional with their idea or thought that they become adamant to change, without actually taking a time to go down the Rabbit hole (Read-Here) and explore the strengths and weaknesses, as an individual as well as team.

I often suggest my clients to imagine their business as a car. No two are similar and hence the performance of one cannot be measured by the  performance of other. You need to know the strengths and weaknesses of your vehicle to achieve optimum performance. If your vehicle gives a mileage of 10 KM per liter of petrol then you can’t expect it to run a distance of 2000 KM by filling just 100 liters of oil. One way or another it will breakdown in middle and put some pressure on your wallet.

So, the next time you set your business’ annual target make sure you know what it’s capable of achieving and that you need to carry an extra gallon of oil to make it go beyond its capacity.

This reminded me of a story about “The Fox and the Grapes” (Read-Here). Hard work alone is no guarantee for success. One must learn to work smart and know how to efficiently utilize the available resources. Often people abhor what they can’t get but seldom try to find out if the goal was worth achieving.

As I always say, this isn’t a rocket science and requires just a bit of common sense. But then, you, my dear readers, can always argue that common sense is not so common. Yes, very true, and that’s why I’m writing this piece of information so as to be of some help.

The problem lies not only in being over ambitious in setting goals but also in lowering the bar to a great extent. There’s a thin line of difference between realistic goals and an unattainable goals.

“To hit a mark, you must aim a little above it”. That doesn’t means that you start aiming outside the board to hit above the mark. This is a choice between which bridge to cross and which to burn. Another school of thought discuss about lowering the bar and remaining in your comfort zone. “The trouble with being in the rat race is that even if you win, you’re still a rat.”

So, what’s the ideal level and why shouldn’t one target too high to hit much higher than everyone else? The answer lies in these lines as said by Charles Forte “The art of reaching business targets is not to aim at the impossible, but to aim at the championship level.” The goal you set must be challenging enough to stretch you and your potential, but not so far that you break.

Setting too high and an impossible goal succumbs one to constant failure. If that’s the case with you as well then it’s time you go down the rabbit hole, and examine the root cause instead of making excuses. Company’s morale and investor’s confidence pillion rides the organization’s over all goals and failure to achieve them might put your business in danger. If your vehicle is capable of going 600 KM with tank full of oil then you can’t promise for 700 KM. “Under promise, over deliver” is what your business should aspire for. You can’t expect your stakeholders to push your vehicle to those extra 100 KM each and every time. At the end of a day you’ll find everyone toiling hard, becoming stressed, developing frustration and ultimately losing confidence in your business.

Imagine your company as your home and the staffs, stakeholders as your children. Now remember your childhood and your friends. Yes, no two children possess same qualities and each child is capable of achieving the same goal at different levels. The same applies to your business and you need to realize the individual’s capability to set an overall cumulative goal.

On the same lines, before I put final full stop, I’d like to share a true story with you all.

Several years ago an extremely hot day, a crew of men were working on the road bed of the railroad when they were interrupted by a slow moving train. The train ground to a stop and a window in the last car-which incidentally was custom-made with air condition-was raised.

A booming, friendly voice called out, ” Dave, is that you?” Dave Anderson, the crew chief called back, “Sure is, Jim, and it’s really good to see you.” With that pleasant exchange, Dave Anderson was invited to join Jim Murphy, the president of the railroad, for a visit. For over an hour the man exchanged pleasantries and then shook hands warmly as the train pulled out. 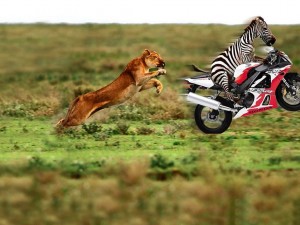 It’s time you remove your cash blinkers and write down a specific goal, divide it into attainable milestones, set a monitoring agenda, measure your progress, start with one small step at a time and before doing this all just ask yourself two simple questions “Who are you and what do you want?” Else, you can always focus on $1.75 🙂  Thank You.