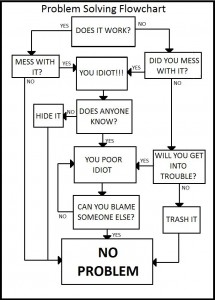 If I had one hour to save the world I would spend fifty five minutes defining the problem and only five minutes finding the solution, as quoted by Einstein.

The irony is that most of us do not care to invest some time and effort in defining the problem, but just jump in a labyrinth to find the solution. I always suggest people that if all you have is a sniper rifle then what would you do with finding a pistol’s bullet. You need know the problem in first hand before reaching out for solution. There are solutions to solve the problem and then there’s an absolute solution to solve an absolute problem. The ability of the solution to solve the problem is directly proportional to the extent to which the problem is being understood and defined. Having a problem is part and parcel of life and that shouldn’t be the problem, but expecting not to have a problem by adopting ostrich-head-in-the-sand approach is a problem. We often find peoples claiming that someone drowned because he fell in water. No dude, he drowned because he didn’t know swimming. The problem isn’t with water but with him not knowing how to swim. Don’t confuse inconvenience with problem.

I often advise my clients that problem is as much in not getting investment as is in getting multiple rounds of investment. I read this on you, the dear readers, to read between and behind the lines to understand why I said that. The trick lies in doing little by little and this little could be from either side of the business, internal or external. One man’s problem is another man’s solution. I remember a story about the crow and the pitcher (Read-Here) wherein the art of problem solving gets reflected.

: Moral of the story: One must be thoughtful and possess enough willpower to ask “what the concern is really about”, when faced with a problem. Take one step at a time to solve an issue within the problem, ultimately to solve an entire problem.

As I always say, this isn’t a rocket science and more about an individual’s mentality. We often find people saying that it’s an obvious thing and everyone knows about it. The question is, if everyone knows about it then why not everyone solves it. The one who does becomes a leader. Because he spends time defining the problem, go deep down the rabbit hole (Read Here) and comes out with a plan to solve each of them. The moment you rush through the problem, not to find a solution, in quest of action you end up solving the problem, but not necessarily the ones needed to be solved.

Don’t you use Google or any other map to set direction before moving in an uncharted territory? The same applies to defining the problem as well. It sets the correct journey before looking for the path.

Though there are many strategies one can use to define the problem, few effective ones I came across is as follows: (Source)

When a Toyota executive asked employees to brainstorm “ways to increase their productivity”, all he got back were blank stares. When he rephrased his request as “ways to make their jobs easier”, he could barely keep up with the amount of suggestions.

Words carry strong implicit meaning and, as such, play a major role in how we perceive a problem. In the example above, ‘be productive’ might seem like a sacrifice you’re doing for the company, while ‘make your job easier’ may be more like something you’re doing for your own benefit, but from which the company also benefits. In the end, the problem is still the same, but the feelings — and the points of view — associated with each of them are vastly different.

Every problem — no matter how apparently simple it may be — comes with a long list of assumptions attached. Many of these assumptions may be inaccurate and could make your problem statement inadequate or even misguided.

The first step to get rid of bad assumptions is to make them explicit. Write a list and expose as many assumptions as you can — especially those that may seem the most obvious and ‘untouchable’. That, in itself, brings more clarity to the problem at hand. But go further and test each assumption for validity: think in ways that they might not be valid and their consequences. What you will find may surprise you: that many of those bad assumptions are self-imposed — with just a bit of scrutiny you are able to safely drop them.

Each problem is a small piece of a greater problem. In the same way that you can explore a problem laterally — such as by playing with words or challenging assumptions — you can also explore it at different “altitudes”.

If you feel you’re overwhelmed with details or looking at a problem too narrowly, look at it from a more general perspective. In order to make your problem more general, ask questions such as: “What’s this a part of?”, “What’s this an example of?” or “What’s the intention behind this?”

Before rushing to solve a problem, always make sure you look at it from different perspectives. Looking at it with different eyes is a great way to have instant insight on new, overlooked directions.

There isn’t a one-size-fits-all formula for properly crafting the perfect problem statement, but there are some language constructs that always help making it more effective:

Assume a myriad of solutions. An excellent way to start a problem statement is: “In what ways might I…”. This expression is much superior to “How can I…” as it hints that there’s a multitude of solutions, and not just one — or maybe none. As simple as these sounds, the feeling of expectancy helps your brain find solutions.     Make it positive. Negative sentences require a lot more cognitive power to process and may slow you down — or even derail your train of think. Positive statements also help you find the real goal behind the problem and, as such, are much more motivating.

For example: instead of finding ways to ‘quit smoking’, you may find that ‘increase your energy’, ‘live longer’ and others are much more worthwhile goals.

In addition to using effective language constructs, it’s important to come up with a problem statement that truly excites you so you’re in the best frame of mind for creatively tackling the problem. If the problem looks too dull for you, invest the time adding vigor to it while still keeping it genuine. Make it enticing. Your brain will thank (and reward) you later.

One trick that usually helps when you’re stuck with a problem is turning it on its head. If you want to win, find out what would make you lose. If you are struggling finding ways to ‘increase sales’, find ways to decrease them instead. Then, all you need to do is reverse your answers. ‘Make more sales calls’ may seem an evident way of increasing sales, but sometimes we only see these ‘obvious’ answers when we look at the problem from an opposite direction.

Investigate causes and circumstances of the problem. Probe details about it — such as its origins and causes. Especially if you have a problem that’s too vague, investigating facts is usually more productive than trying to solve it right away. 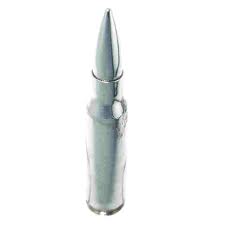 I know I risk getting into an infinite loop here, but as you may have noticed, getting the right perspective of a problem is, well, a problem in itself. As such, feel free to use any creative thinking technique you know to help.

Having said that and before I conclude this post, do remember that there isn’t only one way to solve a problem and what you need to do is to find the right solution. Just don’t rush with the first solution that you come across. Try to find out the one that solves your problem absolutely.

And remember, if all you have is a hammer, everything looks like a nail 🙂