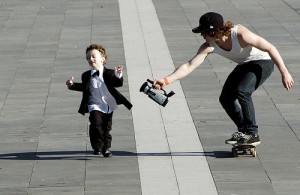 It was at 4,750 feet above sea level that I received a not-so-smart stupidly dumb call on my smart phone from an aboriginal asinine at the stroke of midnight which brought me to end up writing this blog. I mean, come on!!!! What do you expect a person might be doing at such a tranquil time of a romantic winter night? Yeah!! Come On!! Yeah!! You got it right my dear friend. Obviously, reading a thriller fictional mythological novel by the fire chimney. For the caller it was a moment of elation as if some midnight children received Independence at the stroke of time. And, somehow I ended up with an experience that some sensory neuron is projecting a feeling to my central nervous system about my freedom getting shackled in the caller’s ambition. No wonder the caller was a C-Level executive of some B-Level company operating in some A-Level market and possessing a AA-Level Smartphone. His call was a perfect storm to let my XXX tryst with the bestseller get reduced to ashes. No wonder, I chose C-Level, at some point above Sea-Level, as a topic of this blog.

You see, dear reader, we started this C-company, Consulting, on a New Year day of this C-Year, Cataclysmic, with some genuine C-value, Core, as Cachet to Cater to the Cardinal need of Condign businesses across the globe. Undoubtedly, with so many Cs at helm we were all set to drown in a sea of C, at some level or another.

Somehow C-level executive sound like some cataclysmic event executives with supernatural power, possessing philosopher’s stone in one hand and Sword of Damocles in other, capable of dealing with any shit around business. If that’s the case then let’s better term them as S-executives, superhero. It has become more like an enigma in current time wherein, somehow, lies a big confusion in people’s understanding the essence of C-Level. Come on!!!! These people aren’t from Mars & Venus and are employees like any other employee of an organization. Just that they have some highly proclaimed responsibilities on their shoulder. Somehow we are so obsessed with the C tag that we remain in a bootstrapping mode to reach there, or self proclaim that, and this applies to everyone, be it employees, entrepreneurs, or start up guy. 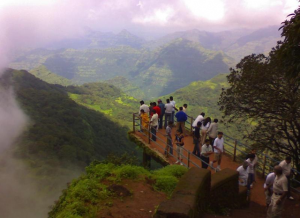 Now that we have survived the cataclysmic date of 21-12-12, doomsday predicted by Mayans, it looks like they didn’t had the right C-Level, Cosmic, team as a part of their organization. It’s a big blunder and am sure Mayans would have considered one more C at this time, filing Chapter-11. Yes, somehow C-level is akin to scapegoat for any blunders and maybe that’s why executives at this level prefer hiring a Level-C, Consultants, people for various strategic support. And this is the exact reason for which this C-Level executive took a pain to dial my number at a time when the fired up biological process of my nice chemistry got extinguished by his fire extinguisher. His query was, like any other self proclaimed high opinionated ten pointer of an institution, where do I think Mayans went wrong? Now what kind of question is that? I simply said, they hired wrong guys like you in their C tag team and failed to fire,

pink slip, them at a right time.!

This pink slip stuff reminds me of one more incidence post our launch of 366Pi Consulting in this cataclysmic year, or just passed cataclysmic year. We were sitting, almost frozen; in that ice cool C-Room, Conference, of one of the happily started and sadly struggling emerging start up company. One of the founders all of a sudden, like an unguided missile, went into a blitzkrieg saying that sometime he feels like frying, mean firing, his entire C tag team. I wondered if he counts himself a part of the same C tag or not. And this isn’t something uncommon phenomenon like Mayan’s prophecy. We have interacted with so many founders, entrepreneurs and everyone seems to be playing the same baritone. Come on guys!!!! You don’t need a C tag team to run a start up venture, but dedicated employees who are in unison for the roller-coaster ride. You don’t need behind the scene sneering fault finders, but on the face chums. You need open minded discussion and suggestions, not repercussions. Then also if you feel frustrated then take a break and go for a Coke Tease, I mean Cocktail, and come back refreshed.

For some people C-level stands for Cornered level. Yeah!!! Don’t C tag executives could usually be found in those corner offices? Everyone loves corner, be in multiplex, car, bed, or 36-24-36. But here, it stands for status and forced respect one commands by having a sheer presence in one of those corner offices. What people often forget is that such status and respect are earned over a period of time and not artificially build by putting that tag after your name on the business card. These people keep toiling and burning midnight oil in their endeavor to create a difference, making use of every sensory organ available, just like I was trying at that height above C level, I mean sea level. And why you burn midnight oil, because you don’t do such things in flood light. It requires an ambience to send a sparkling signal from mid of a brain to the middle finger for getting launched and making optimum utilization of the available resource i.e. picking up a nice novel or journal with the help of your middle finger and licking it like a voracious reader. C-Level isn’t about the coziness of the corner office but about having a vision to keep an eye on minutest of thing from one corner of the office to another. It’s not about having a comfy snug, maybe with someone, but having a tranquil place to sit down, think, and explore the unexplored.

For entrepreneurs like us, it’s more about being omnipresent at the same level throughout the school/college life cycle. You see the entrepreneurial clan always know that you don’t become a successful one by finding your way through piles of book, but by learning by doing. Now don’t ask about doing. We uniformly maintain our marks below sea level throughout the academic life cycle. We never cross C level in any subject in any exam. Because we know that “It is attitude, not aptitude, which determines your altitude”. May be that’s why today I am at such a high altitude above C level, I mean sea level. Make sure you have that attitude in you to nurture people, absorb few setbacks, and rising, once again, every time you fail. You will naturally become a C-Level, Champion, executive in everyone’s eye.

Talking about attitude reminds me of a joke about C level secrets of success.

A Vice President of Sales had just been hired as the new CEO of a large high tech corporation.

The CEO who was stepping down met with him privately and presented him with three numbered envelopes. “Open one of these if you run up against a problem you don’t think you can solve,” he said. Well, things went along pretty smoothly, but six months later, sales took a downturn and he was really catching a lot of heat. About at his wit’s end, he remembered the envelopes. He went to his drawer and took out the first envelope.

The message read, “Blame your predecessor.” The new CEO called a press conference and tactfully laid the blame at the feet of the previous CEO.

Satisfied with his comments, the press — and Wall Street — responded positively, sales began to pick up and the problem was soon behind him. About a year later, the company was again experiencing a slight dip in sales, combined with serious product problems. Having learned from his previous experience, the CEO quickly opened the second envelope. The message read, “Reorganize.” This he did, and the company quickly rebounded.

After several consecutive profitable quarters, the company once again fell on difficult times. The CEO went to his office, closed the door and opened the third envelope.

But jokes apart, please don’t buzz someone at such an odd hour of night. Especially, when he/she is way above C level, sea level, and you are too far to see the chemistry which might be ongoing. At least, act like a C level executive if you can’t be the one. See what happened when Mayans went beyond acting. They ended up developing some serious bug in their code, and never went out of their shell to hear the QC guy, a non C tag employee. Make sure you respect yourself as a employee of an organization than merely as a C tag executive.

PS: Do join us above sea level, rather C-Level, to see the real picture. We are ready to compromise coffee for Tea at such height, only if you are ready to compromise with your C tag ego. Let’s discuss anything related to your business’ need and our capability. That would help us to clear the fog.  And yes, we pay every other bill at midnight, but Coffee. contact@366pi.com